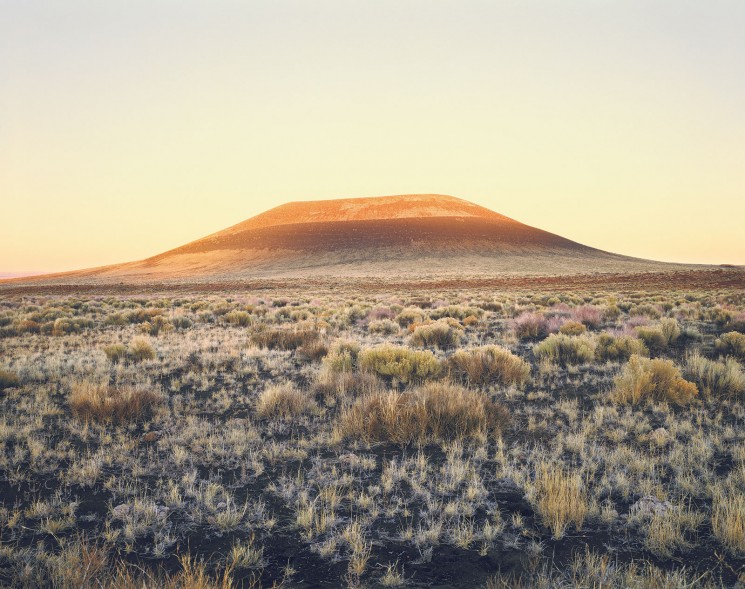 “It is a volcanic crater located in an area of exposed geology, the Painted Desert, an area where you feel geologic time. You have a strong feeling of standing on the surface of the planet.”
—James Turrell

Roden Crater is a natural cinder volcano situated on the southwestern edge of the Painted Desert in Northern Arizona. Since 1972 James Turrell has been transforming the crater into a large-scale artwork that relates, through the medium of light, to the universe of the surrounding sky, land and culture.

Organized as a distinct set of changing experiences of light, Turrell’s intervention in the natural form of Roden Crater consists of a series of chambers, pathways, tunnels, and openings onto the sky from within and around the crater's surface.

The artist’s subtle refinement of the natural shape of the crater bowl held 400 feet above the horizon alters the viewer's perception of the sky. Certain chambers within the crater will allow us to see and measure the passage of time through the movement of the stars and planets. Other spaces reveal the more subjective nature of our human relationship to time, light and space — the pyrotechnics of sunrise or sunset or the sensation of light as a material substance. Roden Crater sees (rather than represents) the sky and time, and summons our own vision as strongly as that of the artist.

Monumental in scale and conception, Turrell’s Roden Crater is not a monument in any traditional sense. It does not commemorate historical facts or achievements nor is its exterior form even distinct from its natural surroundings. Rather, harnessing the drama of light, landscape and celestial events, disturbing and awakening our subjective understanding of the universe, Turrell’s crater is a monument to human perception itself — without which cultural history or achievement would not be possible.