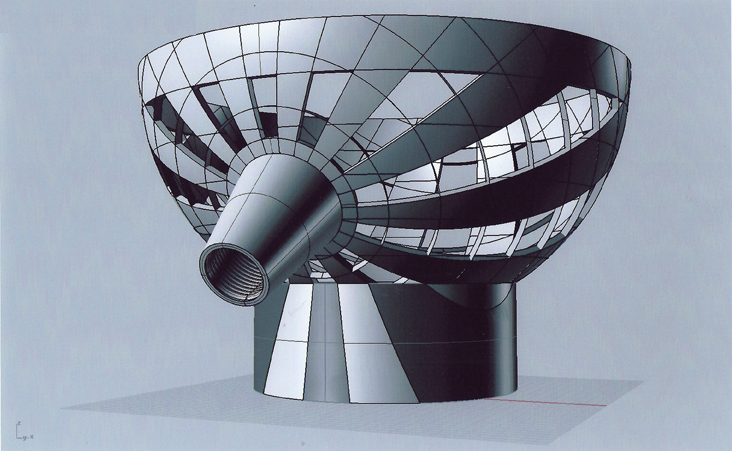 South Space is space aligned to the North Star that concentrates the viewer’s attention on the night sky. The central feature is a structure that forms an astronomical instrument similar to the Jai Prakash Yantra in the celestial observatory at Jaipur, India. With this instrument, one can track celestial bodies and events (such as lunar and solar eclipses) as they occur within the timeframe of the 18 year, 11 day Saros Cycle. A single seat provides a view focused on the North Star. The South Space is, in effect, both a space with its own particular characteristics and a calendar for the celestial movements and events that are at the heart of the varied spaces of the Roden Crater project.

The above image is a rendering of the Roden Crater South Space Yantra Bench sliced by meridians.