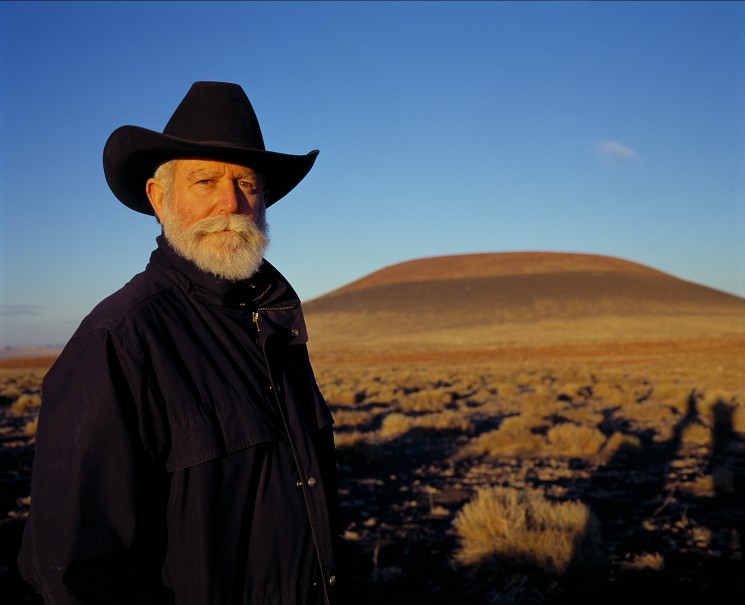 “I make spaces that apprehend light for our perception, and in some ways gather it, or seem to hold it…my work is more about your seeing than it is about my seeing, although it is a product of my seeing.”
— James Turrell

For over half a century, the American artist James Turrell has worked directly with light and space to create artworks that engage viewers with the limits and wonder of human perception. Turrell, an avid pilot who has logged over twelve thousand hours flying, considers the sky as his studio, material and canvas. New Yorker critic Calvin Tompkins writes, “His work is not about light, or a record of light; it is light — the physical presence of light made manifest in sensory form.”

Informed by his training in perceptual psychology and a childhood fascination with light, Turrell began experimenting with light as a medium in southern California in the mid-1960's. The Pasadena Art Museum mounted a one-man show of his Projection Pieces, created with high-intensity projectors and precisely modified spaces, in 1967. Mendota Stoppages, a series of light works created and exhibited in his Santa Monica studio, paired Projection Pieces with structural cuts in the building, creating apertures open to the light outside. These investigations aligning and mixing interior and exterior, formed the groundwork for the open sky spaces found in his later Skyspace, Tunnel and Crater artworks.

Turrell often cites the Parable of Plato’s Cave to introduce the notion that we are living in a reality of our own creation, subject to our human sensory limitations as well as contextual and cultural norms. This is evident in Turrell’s over eighty Skyspaces, chambers with an aperture in the ceiling open to the sky. The simple act of witnessing the sky from within a Turrell Skyspace, notably at dawn and dusk, reveals how we internally create the colors we see and thus, our perceived reality.

In 1974 Turrell began a monumental project at Roden Crater, an extinct volcano in northern Arizona. Continuing the practice begun in his Ocean Park studio, Turrell has sculpted the dimensions of the crater bowl and cut a series of chambers, tunnels and apertures within the volcano that heighten our sense of the heavens and earth. While Roden Crater is not yet open to the public, Turrell has installed works in twenty-two countries and in fourteen US states that are open to the public or can be viewed by appointment. Agua de Luz, a series of Skyspaces and pools constructed within a pyramid in the Yucatán, and forthcoming projects around the world, from Ras al-Khaimah to Tasmania, integrate many of the principles and features embedded within Roden Crater.

This website presents a collection of James Turrell’s artworks around the world, focusing on works that are publicly available for viewing.  Certain works, private installations or documentations of past installations, may not be available for public viewing. Artworks can be searched by title, location, by date and by type. Additional works will be added to this database on an ongoing basis. Please visit the James Turrell Facebook page for current information and additional listings.